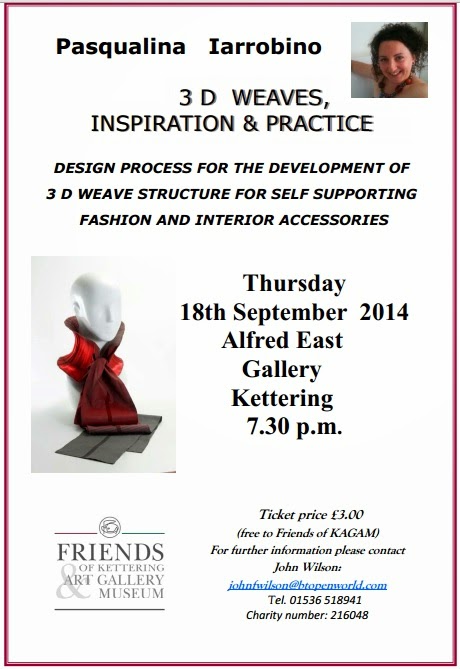 This begins the regular series of monthly Friends talks at the Art Gallery  ... 3rd Thursdays at 7:30 unless advised otherwise.  All welcome but please show your support and join
The Friends of Kettering Art Gallery and Museum

Posted by Kettering Art News at 04:39 No comments: 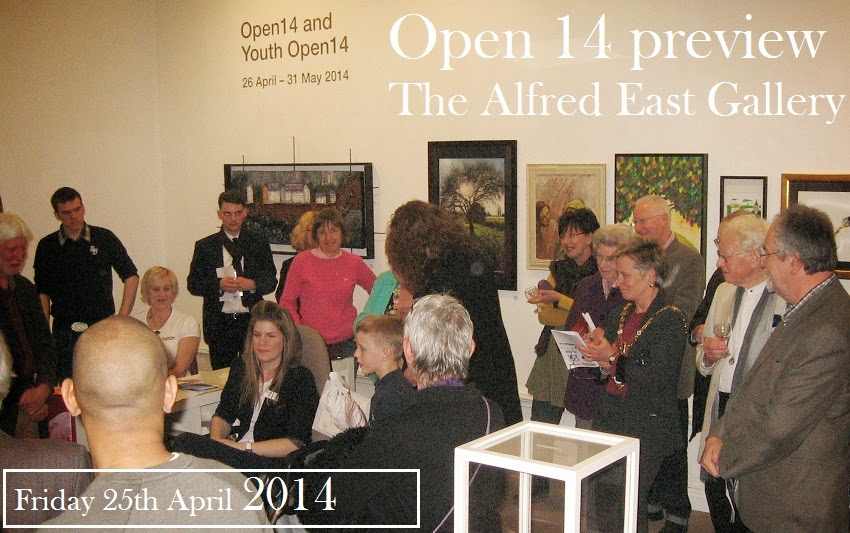 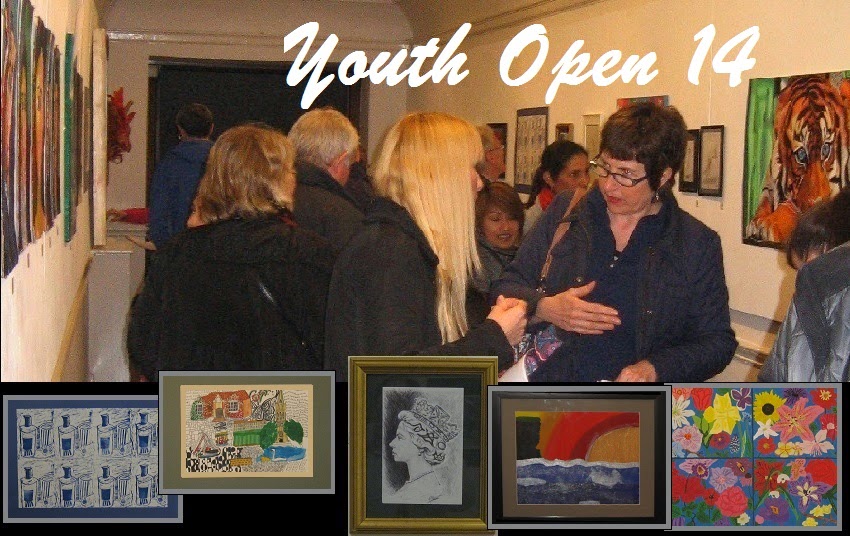 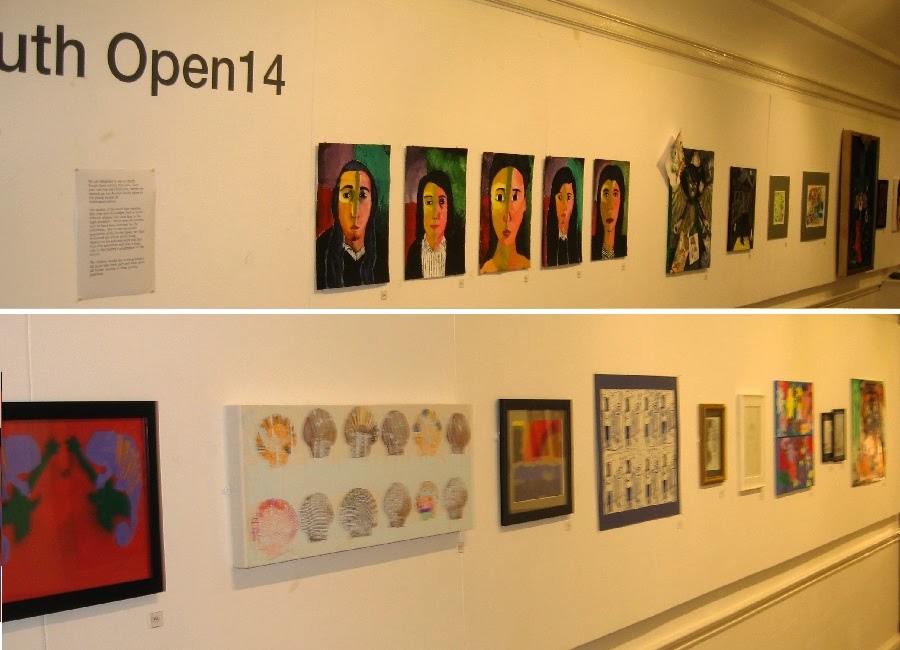 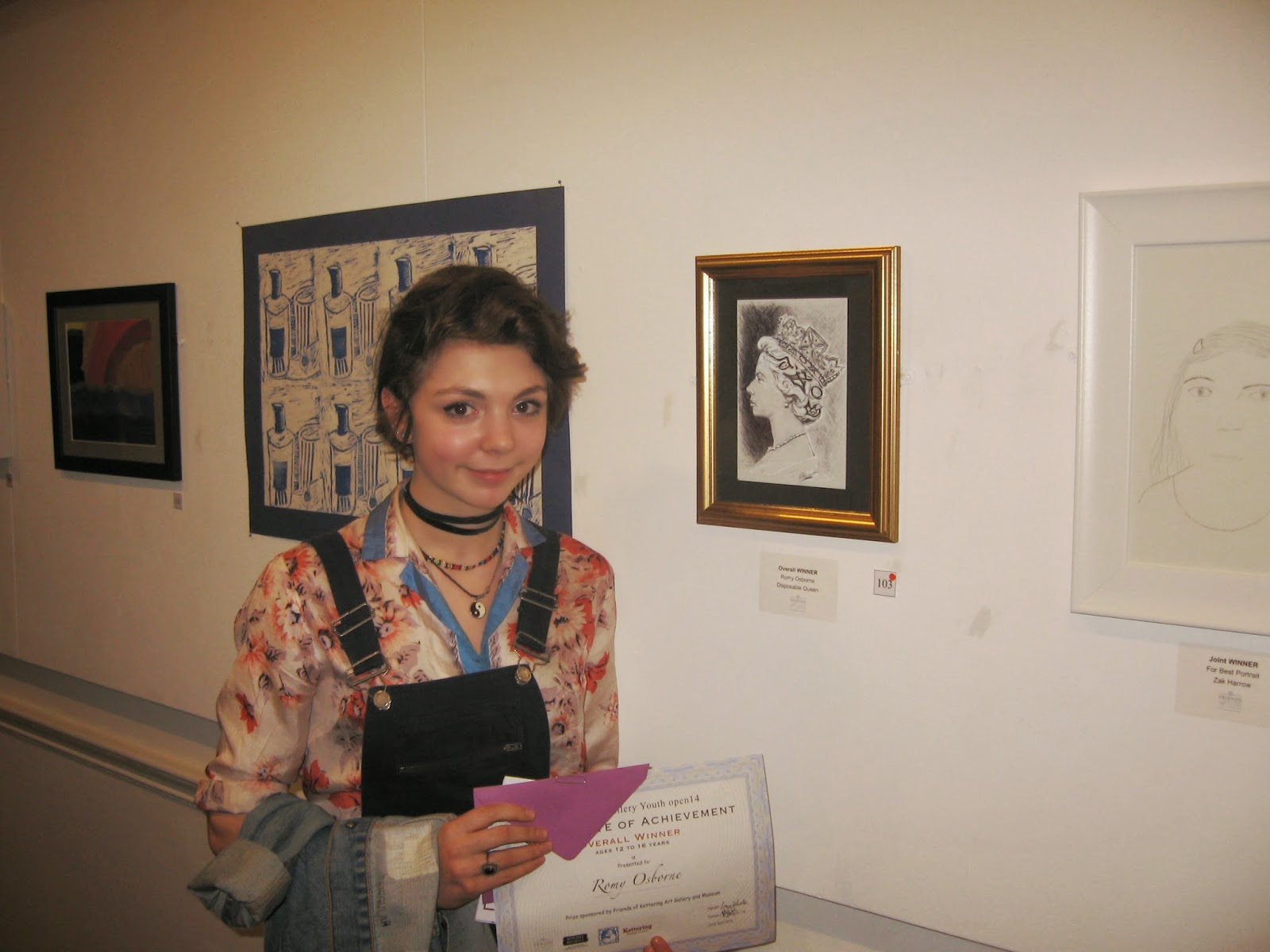 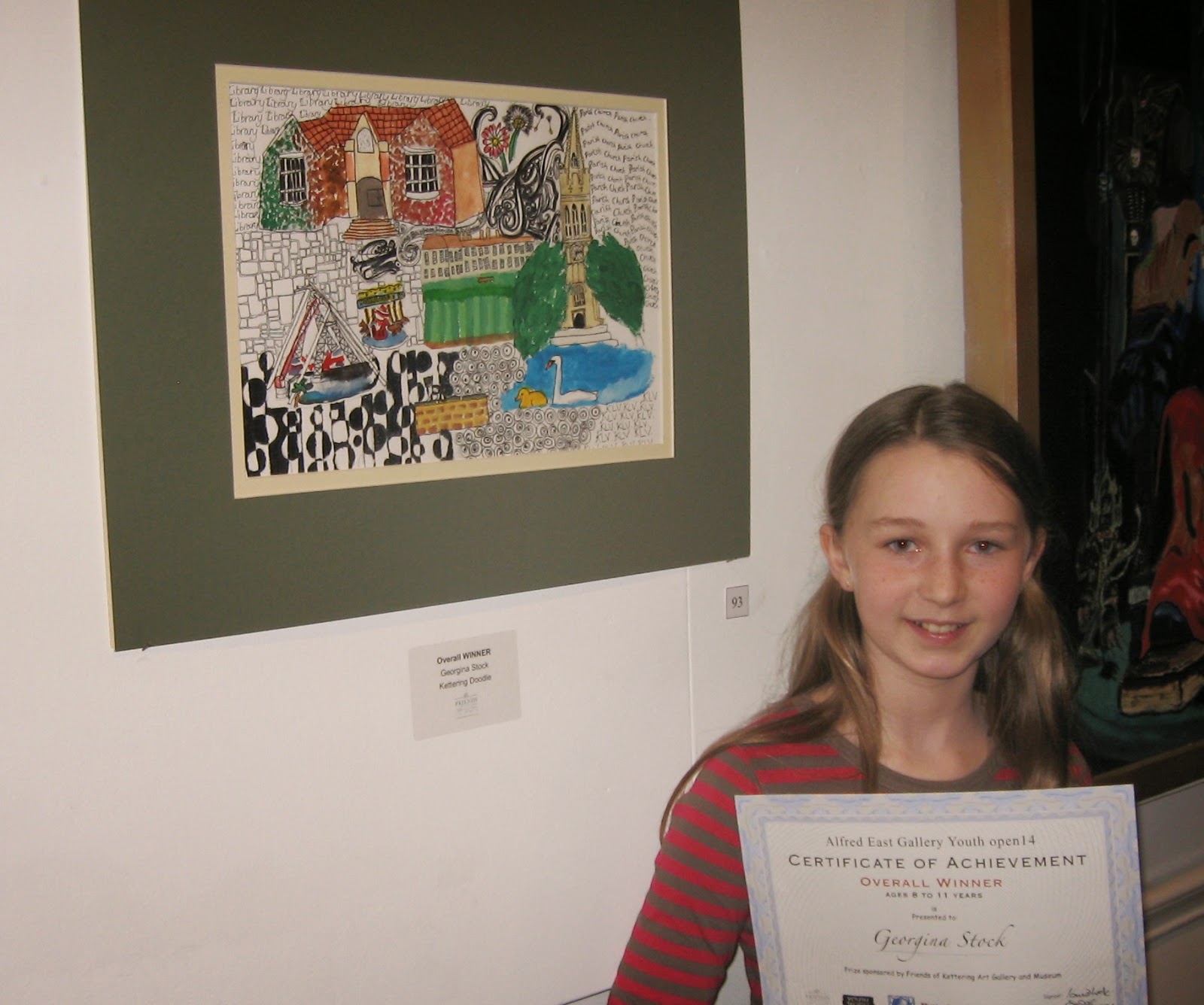 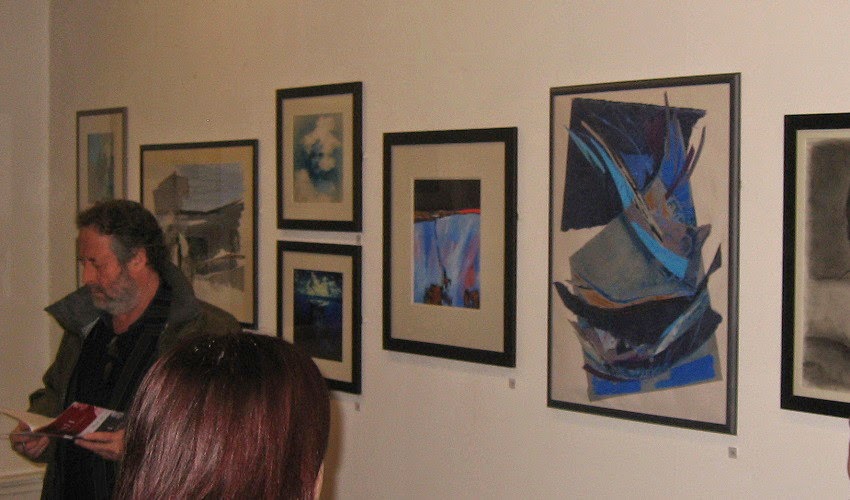 A year in perspective ...

Reviewing recent pictures from this April, it seems an awful long time since this time last year - the Friends AGM and the Open 13. 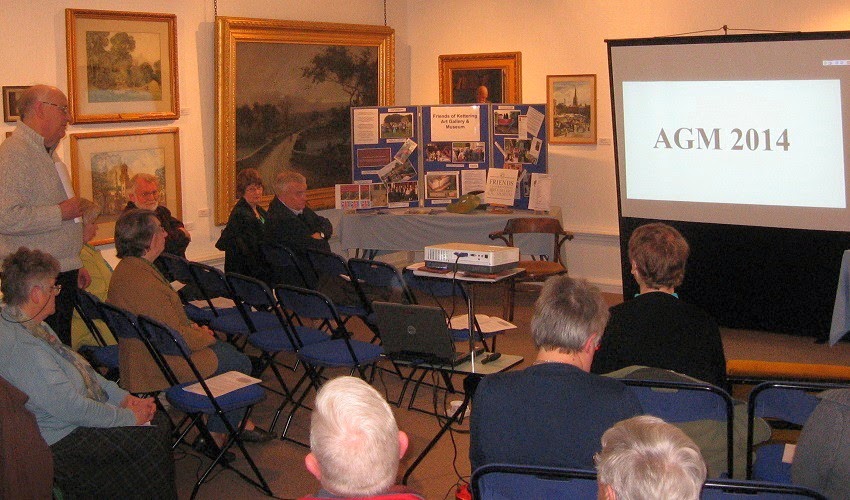 (AGM 2014 ... Paul Johnson reflects on a landmark year for the Alfred East Gallery)

At times, since last year, events came so thick and fast there was scarcely time to edit the pictures I took.   Most got posted ... some did not ...

Here are some recollections, and some of those unpublished pictures. 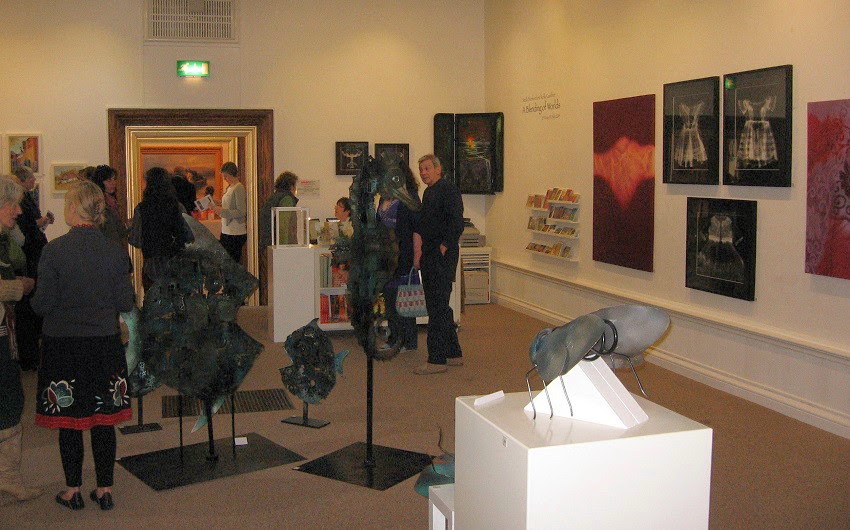 (May to July 2013 ... Stella Benford and Kelly Gardener's A Blending of Worlds)

We had talks on the Sette of Odd Volumes, on John Alfred Gotch and on Alfred East ...

The Friends made a trip to Northampton battlefield on the anniversary ...

... and at the end of July we celebrated the Centenary with a re-opening .. 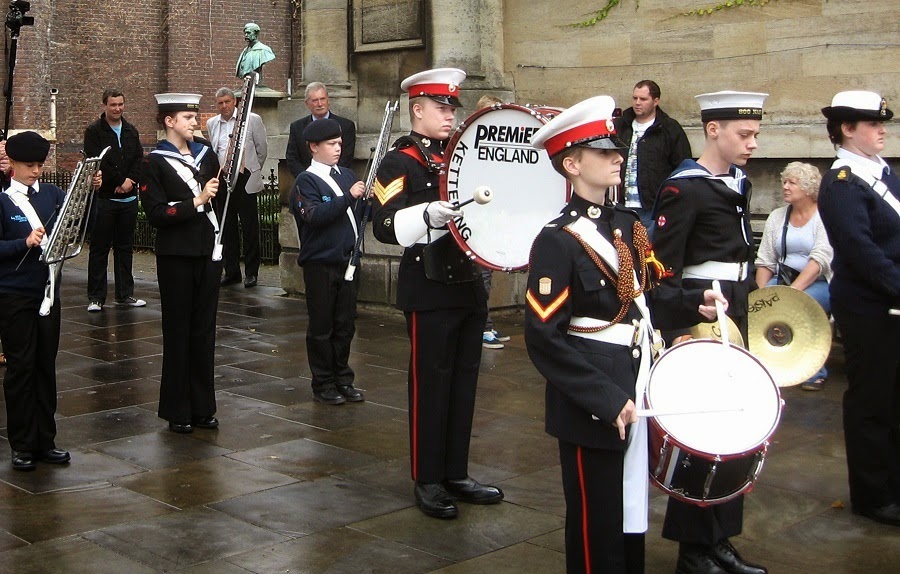 (there was music from the Sea Cadets) 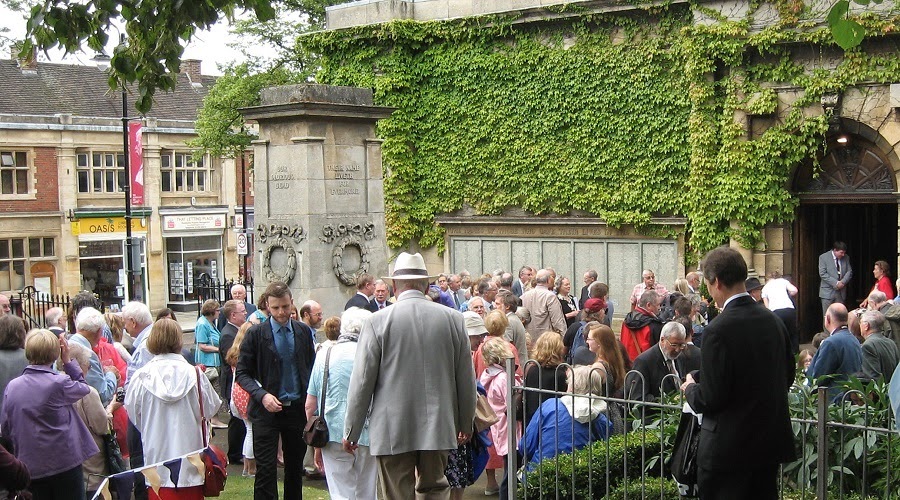 (there was a great turn out with drinks in the gardens, VIPs, media and patrons ...) 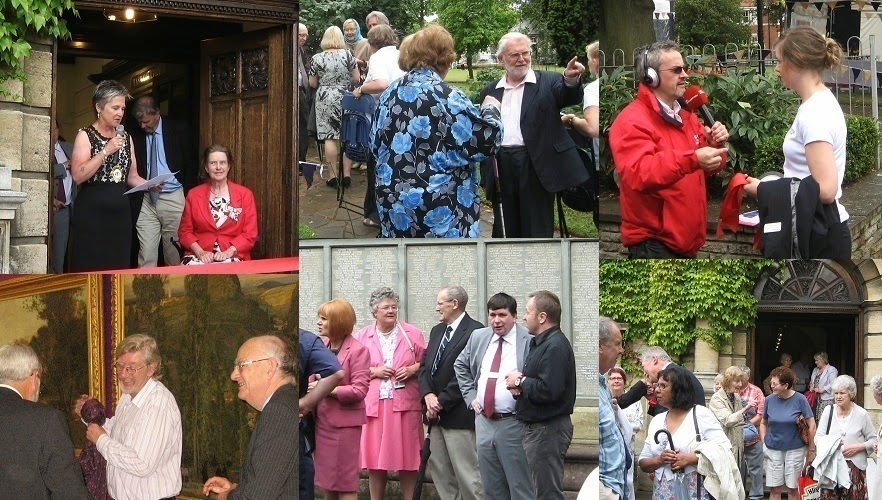 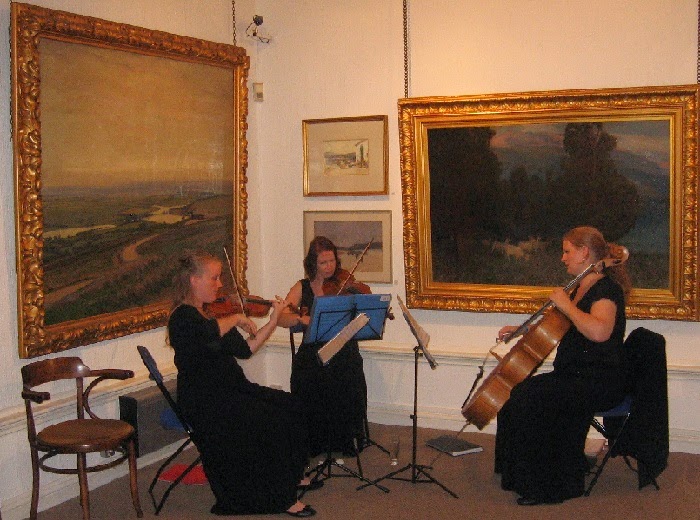 The Friends of Kettering Art Gallery and Museum (Kagam) also got out and about ... 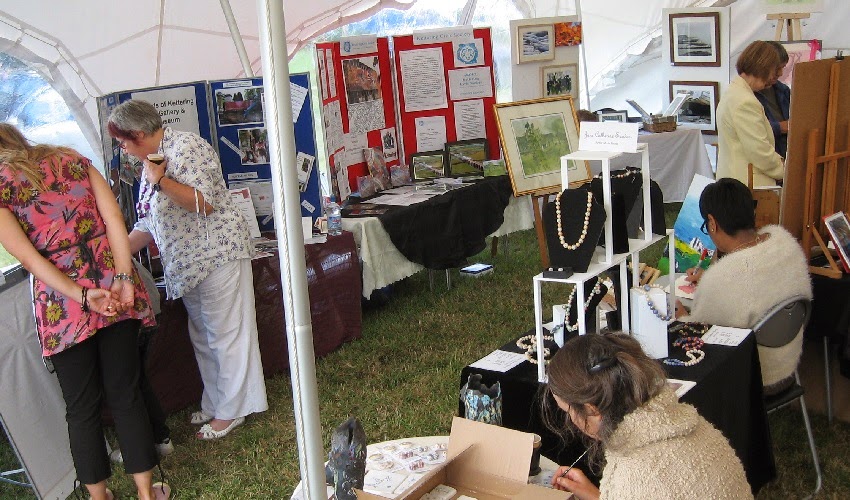 The summer ended with a lavish formal dinner to end the Centenary celebrations.   This was organised by the Friends, KDAS and the Gallery Officer and was sold out.

Period costume and Black Tie supported a tombola, a charity auction, speeches, dedications and the distractions of the harpist and the magician - more than a few photos will capture but I'll add some anyway ... 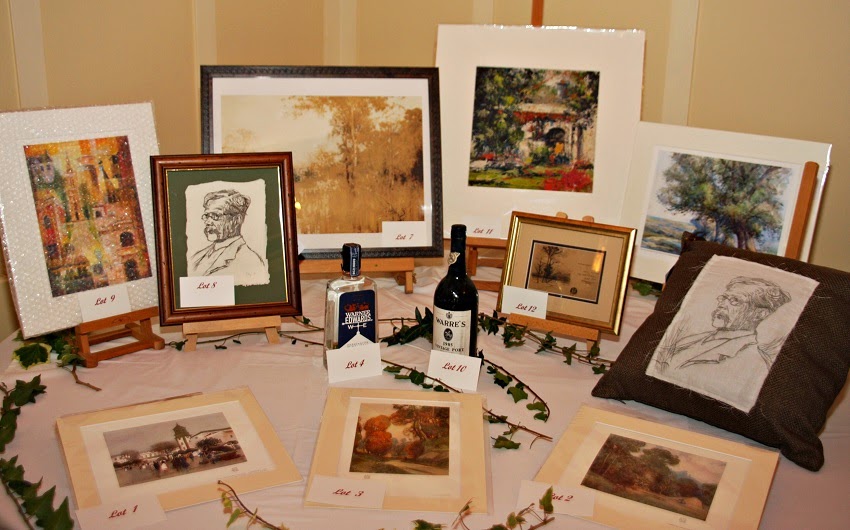 (Centenary Dinner: a table full of donated lots for the charity auction) 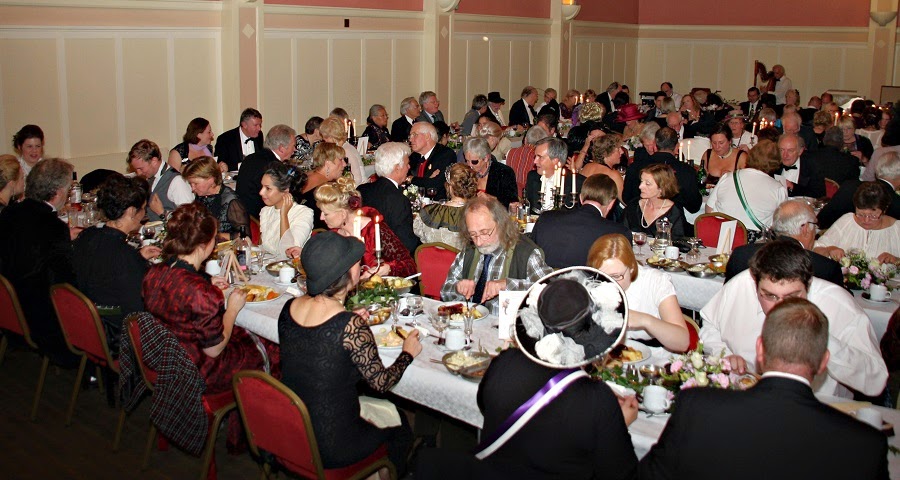 (Centenary Dinner: it was marvellous that the unique event was so well supported and enjoyed) 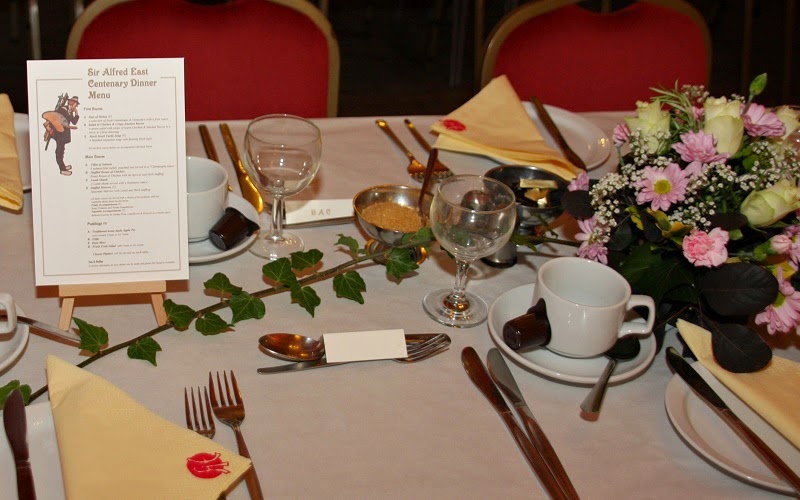 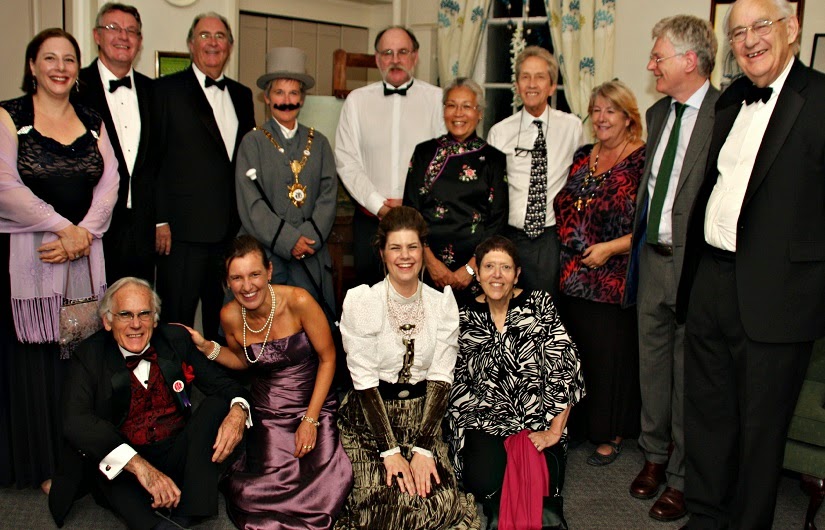 (one of many group pictures from the Centenary Dinner) 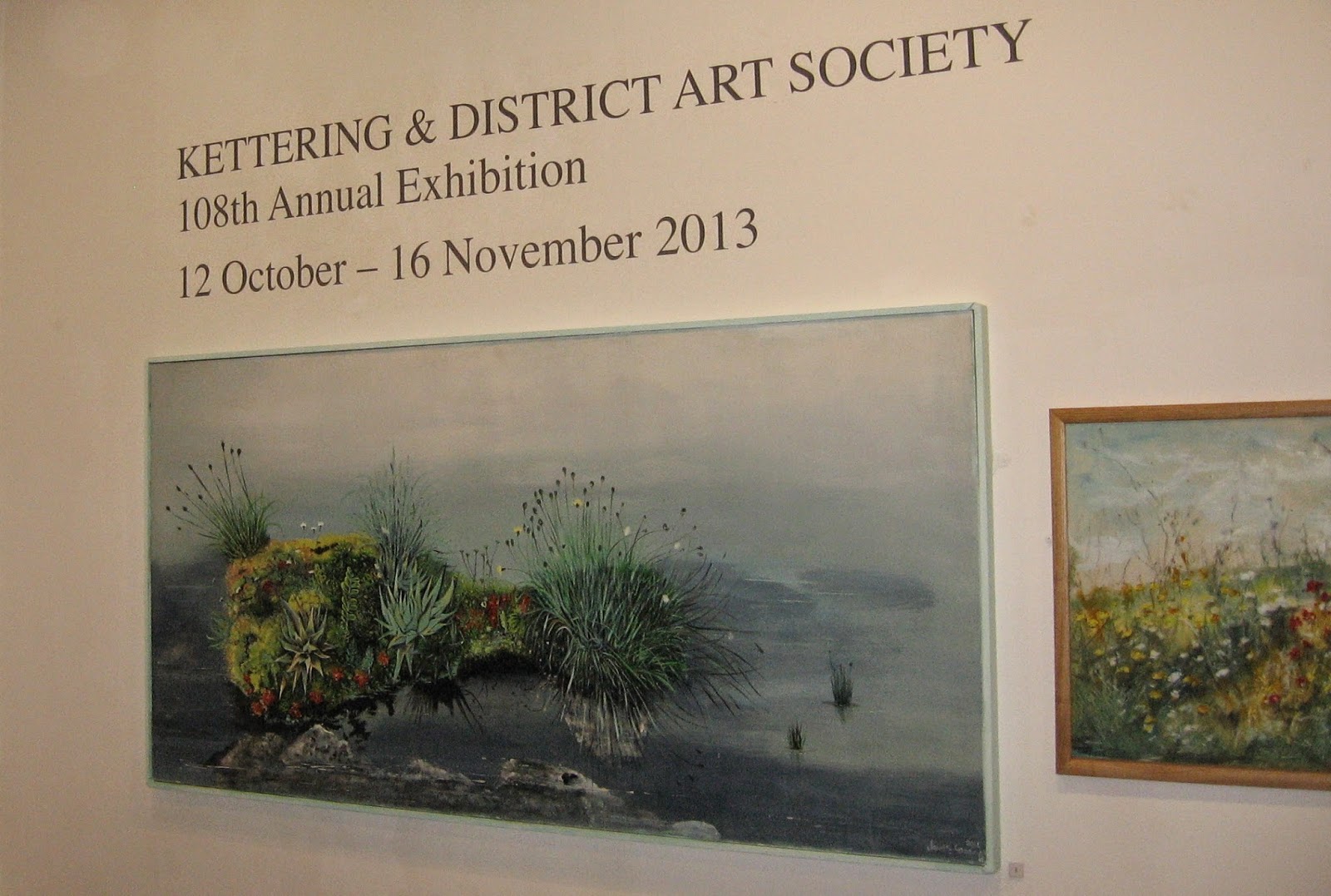 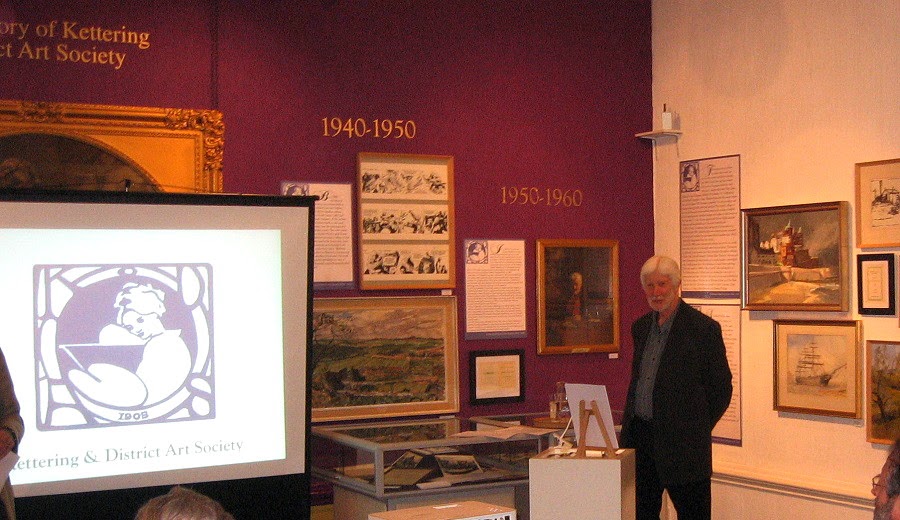 The last Friends evening of the Autumn season saw a raffle, mince pies and a talk by Phil Steele on memory and changing attitudes as the world of 1913, the foundation year of the Alfred East Gallery, gave way to the years of the Great War and its legacy. 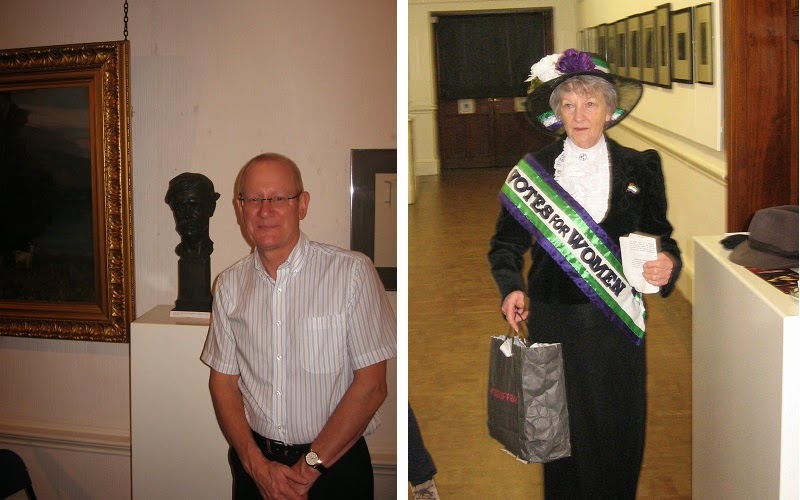 And in February Roger Hatton exhibited in the Long Gallery 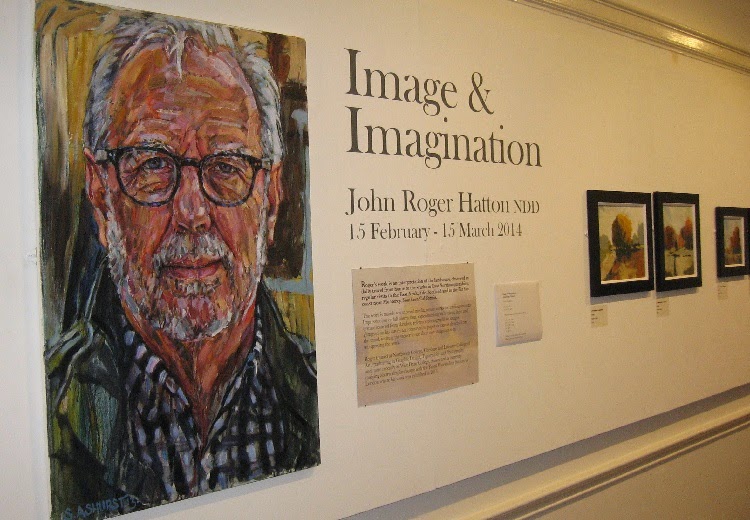 While Jamie Boots exhibited in the Large Gallery 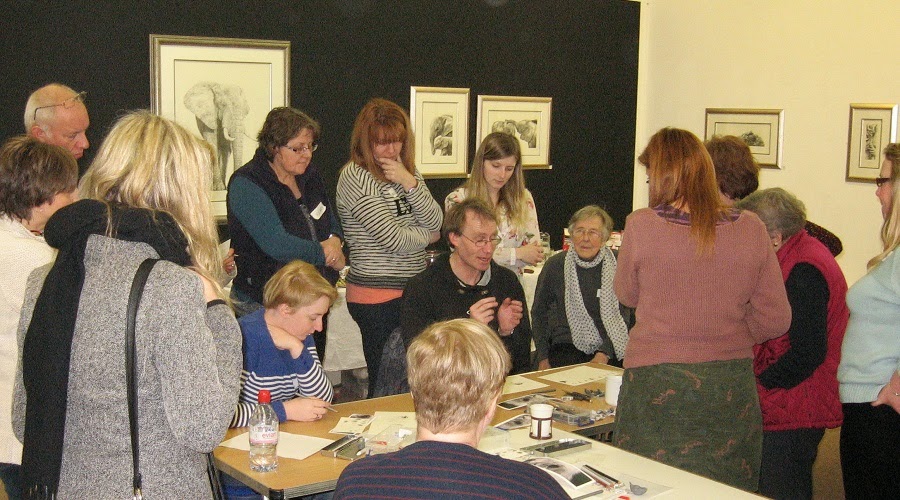 (Jamie Boots giving a workshop session at the Gallery) 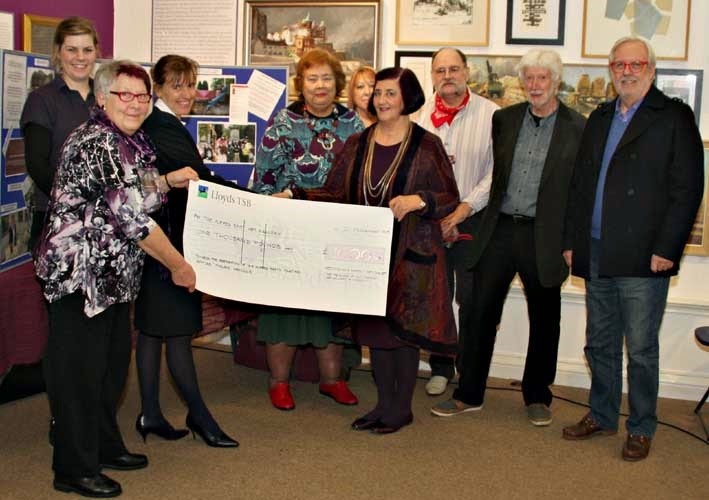 (KDAS and the Friends present a cheque for £1,000 raised at the Centenary Dinner)

The last talk of 2013-14 saw Maurice and Barbara reflect on the history of the Grammar Schools and on the pride and peculiarities of a Kettering education in days gone.   This was a follow up to the immensely popular exhibition in the Manor House Museum last year ... 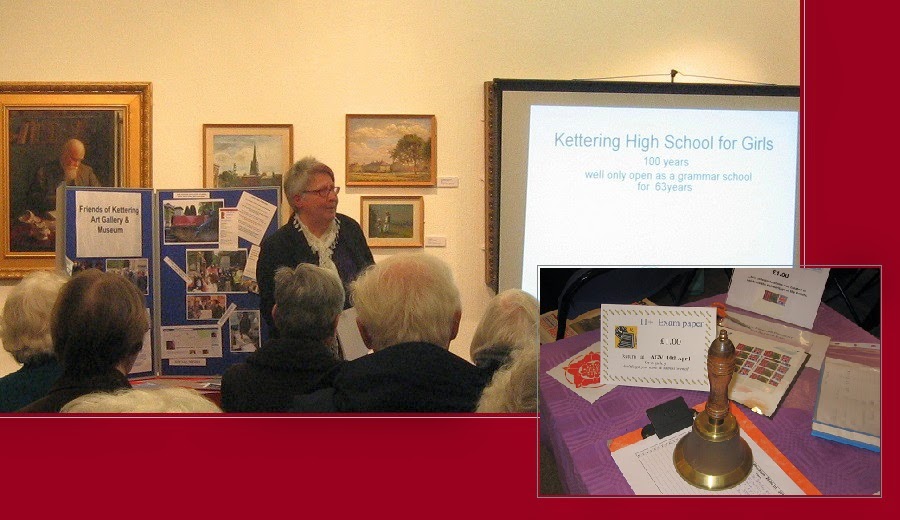 Eleven Plus papers needed to be back by the Friends AGM.

EGG (East, Gash and Gotch) which opened in AGM week is on until May the 10th, while the main exhibition is now the Open 14. 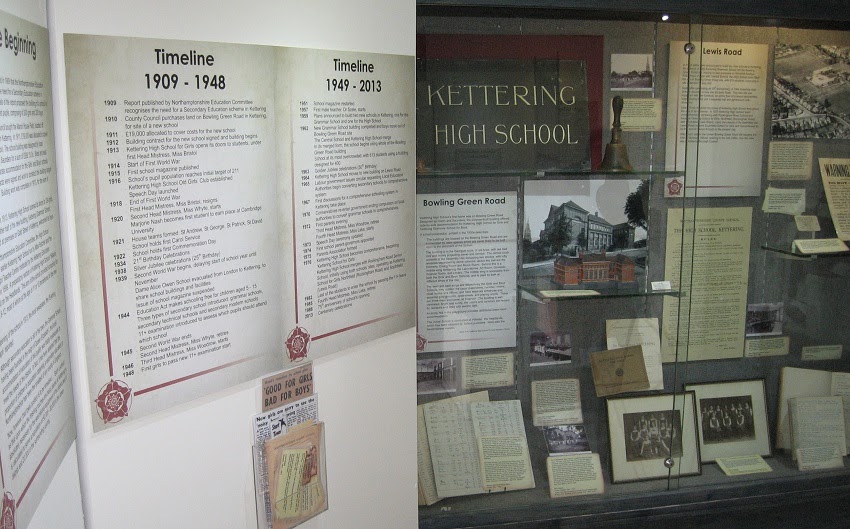 20th March ALFRED EAST GALLERY 7:30PM
Free to Friends or £3 on the door

This evening, following the popular success of last year's exhibition at the Manor House Museum, Barbara and Maurice combine their talents for a Friends talk on education the way it used to be ... the facts, the memories and the anecdotes - plenty to enjoy for the March evening talk.

Posted by Kettering Art News at 09:05 No comments:

Happy New Year to all our readers and members.

The events page now has a full listing through to July and the programme kicks off with a fascinating look at local suffragette leader Alice Hawkins ... 7:30 on Thursday in the gallery

Thursday 16th January 2014
ALFRED EAST GALLERY
Peter Barrett: 'Alice Hawkins: a Suffragette in the family'
Free to members of the Friends, otherwise £3.00 on the door

Please note for your diaries that the Friends AGM will be at 7:00 on Thursday 10th April, and will be followed by The Sun Still Never Sets with Friends Chairman John Wilson
Posted by Kettering Art News at 19:09 1 comment: