March also saw the return to the gallery, after extensive conservation, of Alfred East's imposing painting of Lake Bourget ... 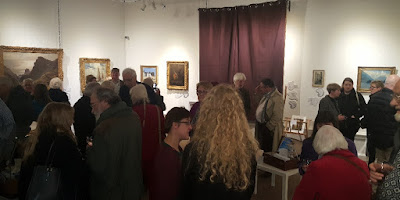 Aix Les Bains rests on the shores of Lake Bourget and was a fashionable choice for Victorians (and Victoria herself) escaping the English Winter.

Claire Delorme of the Grapevine association from Aix was a special guest at the unveiling - Grapevine celebrates and explores the English connection and has done much to enhance Alfred East's reputation in the French resort ... 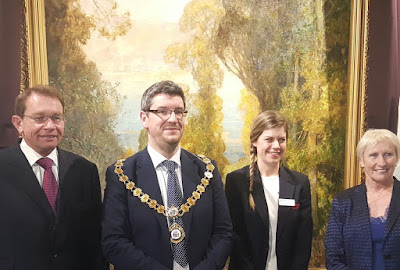 (Friends President Phillip Hollobone MP along with the Mayor, Gallery Officer Katie Coleman and Claire Delorme in front of  a revealed Lake Bourget)

You can see Alfred East's Lake Bourget from Mont Revard in the Small Gallery ... drop by during the day or make an evening of it at the Friends AGM (which will be followed by a talk by outgoing Chair John Wilson on the theme of Friends Associations around the world) ..

There is so much more going on. 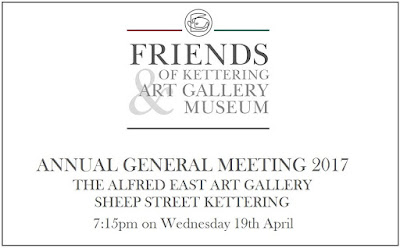 Coming up in April

Posted by Kettering Art News at 09:43