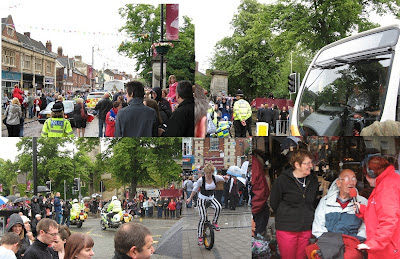 After a dismal morning the rain suddenly stopped and the Olympic band wagons rolled in.
There was a bit of a gap and it was all a bit behind schedule - but down in the heritage quarter things were a buzz ... 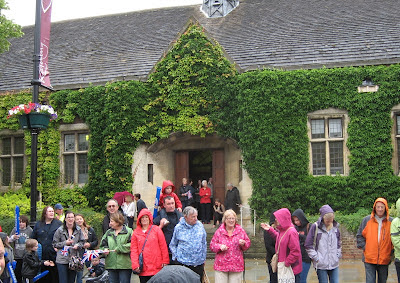 (Kettering Library - hopefully this will now become the main entrance again)
Java Java was full and queuing, the Library front doors were open, the new banners at the Art Gallery were up, the Museum and Gallery were both open for the special event and hundreds of leaflets were distributed promoting the summer programme of events and exhibitions. 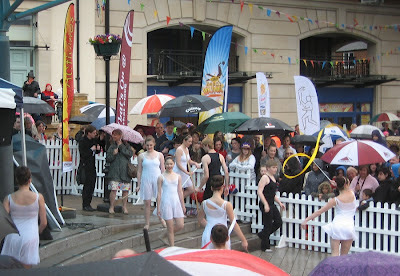 (Kettering Olympic welcome - there was even some of this)
Great to see the town full of people - and plenty of smiles despite a record breakingly bad start to the summer season. 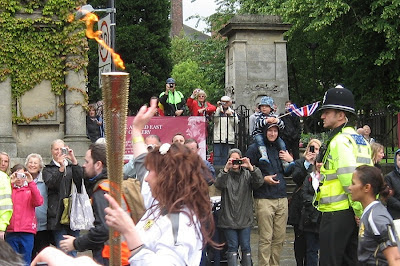 (Olympic torch at the Alfred East Gallery, Kettering)
The 'A Question of Sport' exhibition at the Museum is on until the end of the week.
Posted by Kettering Art News at 12:00