Coming up: Friday 10th August at the Gallery

Friday 10th August: a fantastic lunchtime talk on the History of Seaside Resorts.  It looks to be the perfect way to get into the summer spirit!

For further details and information on bookings, please see the main website ...
Posted by Kettering Art News at 07:24 No comments:

Email ThisBlogThis!Share to TwitterShare to FacebookShare to Pinterest
Labels: What's On 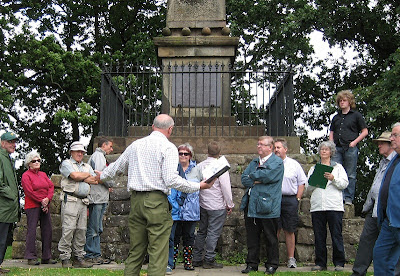 (guide Ian Dexter explains the history of the Naseby Obelisk)

On Sunday 5th August a party of Friends of Kettering Art Gallery and Museum joined forces with The Battlefields Trust for visit to the site of the famous battle which, in 1645, settled the English Civil War. 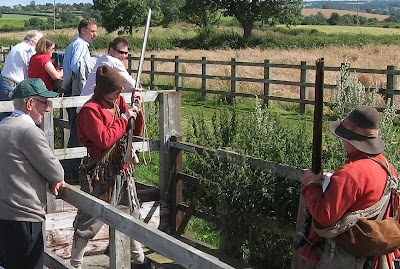 (weapons demonstration at the Rupert Viewpoint)

Highlights of the visit included a firearms and equipment demonstration by reenactors, and an opportunity to drive down to the recently opened Sulby Hedges viewpoint (which is usually only accessible on foot).

Blessed with better than expected weather, and fortified with lunch at the Bull's Head in Clipston, our visit was guided by Ian Dexter of the Naseby Battlefield Project. 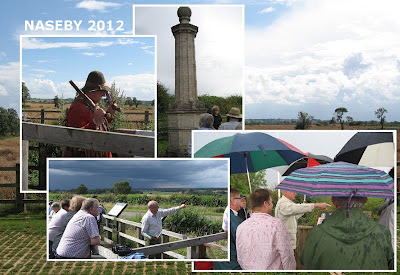 The visit included all the major battlefield vistas, and the monuments ... the Obelisk, near the village, The Cromwell Monument which marks (more or less) the Eastern end of the New Model Army infantry, and the brand new 'Blewcoats memorial' just opposite on Broadmoor, near to where Prince Rupert's Regiment stood 'like a wall of Brasse' while the Royalist army fled the battlefield. 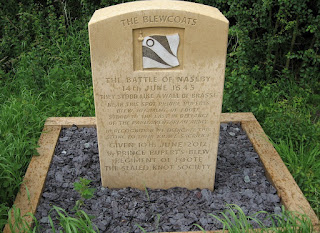 (the Blewcoats memorial: click on any of these images for a larger version)

The tour ended at Moot Hill, just outside Sibbertoft (assemby ground of the hundred of Rothwell in Saxon times, and where Charles is said to have planted the Royal Standard) ... here, and on adjacent Wadborough, the remnants of Charles' army offered their last resistance.

Posted by Kettering Art News at 07:10 No comments:

Email ThisBlogThis!Share to TwitterShare to FacebookShare to Pinterest
Labels: History, Museum
Posted by Kettering Art News at 06:37 No comments: