June's Friends talk was on the centenary message, with Dr Roy Hargrave introducing us to the career of John Alfred Gotch ... architect, architectural historian and, in the '20s, President of RIBA.

It is a mark of his status that he was the first provincial architect to be made President of the Royal Association.   His extensive oeuvre, of course, includes the Alfred East Gallery which is 100 years old this month. 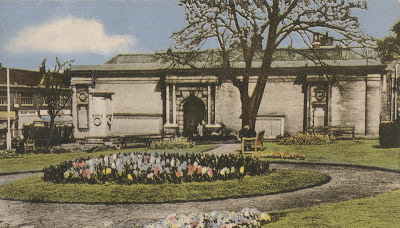 The plaza was established, more or less, as we know it now when the war memorial, also by J. A. Gotch, was added in 1921 - one of numerous memorials designed by Gotch's practice.

Gotch was responsible for the greater proportion of Kettering's period monumental architecture, domestic and civic, industrial and institutional, and is often referred to as the man who built Kettering.

As his architectural career flourished, Gotch also wrote and illustrated profusely on the topic of architecture and guides to building heritage.   Dr Hargrave layered his talk with a wide range of illustrations from Gotch's books and brought along an extensive collection for us to browse.

I found this a fascinating insight into the man who contributed so much to the physical appearance of the town we know today. 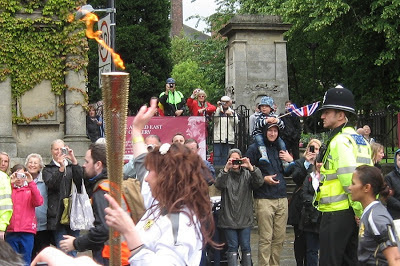 (the gallery and war memorial in our time:  an iconic backdrop to the Olympic Torch's visit to Kettering)

Many of you will know of our connections to the Naseby Battlefield project ... and it is, perhaps, no surprise that in following up Dr Hargrave's talk, I see Pevsner's entry on the Cromwell memorial at Naseby:

Having attended the talk, the connections are obvious. 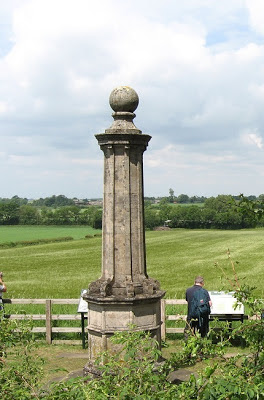